Union Budget 2020: Challenge Before Nirmala Sitharaman is to Keep Treasury in Balance

While the estimated growth has been slashed to 5%, the possibilities of
reduction in the policy interest rate are also receding. This may dampen the
hopes of increase in investment, housing and consumer demand.

Budget2020-21 will be presented in Parliament by Finance Minister Nirmala Sitharaman
on Saturday. This budget is supposed to be one of the toughest in recent times.

Recently,
former finance secretary Subhash Garg wrote a blog, saying the actual fiscal
deficit for 2019-20 will be 4.7 percent compared to 3.4 percent of GDP, as
given in the budget estimates. The major reason for the increase in fiscal
deficit is that receipts fall short of the estimates, both direct taxes and
indirect taxes.

In
November 2019, the chairman of the Central Board of Direct Taxes (CBDT) had
said that against the central government’s target of Rs 13.35 lakh crore, its
receipts of direct taxes were hardly Rs 6 lakh crore and indicated that direct
taxes receipts could fall short of estimates. He said that Rs 1.45 lakh crore
may be lost in revenue due to reduction in the rates of corporate taxes alone. 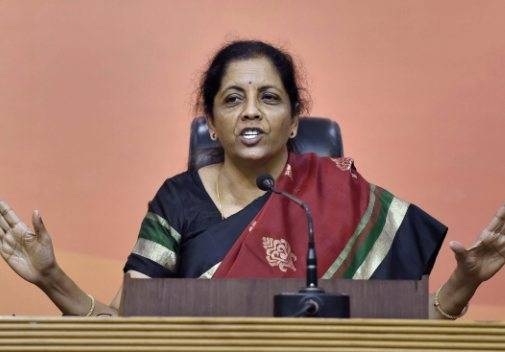 On
the other hand, GST receipts are also not very encouraging. Slowing of the
economy, fraudulent input tax credit based on fake invoices and deficiencies in
the GST network, may make Union government lose nearly Rs 80,000 crore this
year.

Though
concerns of revenue shortfall are alarming, the economy desperately needs a big
boost from the budget. Unemployment, as per the NSSO estimates (which
government has dumped for the time being), is at all-time high, the economy is
facing the worst slowdown, aspiration of the youth is at all-time high; there
is no alternative to a big push to revive rural economy and rural demand both.

Similarly,
jobs are needed in urban areas too. We need to promote Make in India, which is
possible primarily through import substitution. For this, the FM need not spend
much. What she can do is identify items where domestic capacity exists, and
raise their tariffs. Apart from much-needed protection of the domestic
industry, this would also help starving exchequer.

Contrary
to general perception that this would amount to violation of WTO rules,
protection and promotion of domestic industry is possible by remaining within
the limits of WTO-bound tariffs. It would be worth mentioning here that, at
present, the average applied tariff of India is less than 10 percent, against
bound tariff (tariff limit allowed as per WTO agreements) of 40 percent.

The
reason behind lower tariffs much below bound is the obsession towards free
trade of our policymakers in the past. Now, when in the last two years , the
government has come out of that obsession, and rightly so, it is expected that
the government would further deepen its efforts towards Make in India.

When
Narendra Modi assumed power, bringing clarity in economic policy, the first
decision was to keep the fiscal deficit within limits, as per Fiscal
Responsibility Budgetary Management (FRBM) Act. In the last budget of the UPA
government (which was interim budget of 2014-15), the then finance minister P
Chidambaram proposed estimated fiscal deficit at 4.1 per cent of GDP and the
revised estimates of fiscal deficit for the year 2013-14 was also shown to be
less than actual.

However,
economic analysts at the time did realise that the estimated fiscal deficit was
not real and in fact was ‘fudged’, and the actual deficit was much more than
that. This work was done more by rigging of data and forced public sector
undertakings to give dividends in advance.

It
is notable that under the UPA government, especially UPA-2, by 2011-12, the
fiscal deficit had reached 5.7 per cent of GDP. The effect was that inflation
reached double digits (nearly 13 per cent) in the terminal years the UPA
regime.

The
effect of curbing the deficit was that prices started to come under control and
it is seen that inflation continued to fall during the Modi era and the
consumer inflation reached 3.4 percent by 2018-19. This was an encouraging sign
for the economy as it paved the way for lowering of interest rates.

It
is important to note that the policy interest rates are supposed to be directly
related to inflation. RBI reduces interest rates when inflation is low.
Decrease in the interest rate encourages investment as borrowing cost comes
down. On the other hand, borrowing for homes, cars and other consumer goods
becomes cheaper and EMI comes down. This increases demand in the economy.

Not
only this, people’s well-being improves because of cooling off of inflation. It
can be said that in the first five years of the Modi government, on the one
hand, prices remained under control; on the other hand GDP growth was also
better.

Since
it is estimated that the fiscal deficit for the year 2019-20, which was
estimated to be only 3.4 percent, may touch 4.7 percent, it is being speculated
that this may also fire inflation. At the same time, the country is constantly
struggling with slowing down of growth.

At
the beginning of the year, the expected growth was being estimated around 7
percent. Later, expectations were reduced to nearly 5 percent. In such a
situation, the possibilities of reduction in the policy interest rate are also
receding. This may dampen the hopes of increase in investment, housing and
consumer demand.

In
such a situation, while presenting the budget for the year 2020-21, the
challenge before Sitharaman would be to keep the treasury in balance and keep
the fiscal deficit in limits.

It
is clear that due to slowdown, the receipt of direct and indirect taxes is less
than expected, and at the same time revenue, will be reduced due to reduction
in the rate of corporate tax announced recently. On the other hand, the GST
recovery is also falling short of expectations, which is causing double loss to
the central government.

While
the central government’s own revenue is decreasing, it also has to compensate
the states for shortfall in their receipts. Significantly, in 2019-20, it will
have to compensate states much more than ever before. According to the
Investment Information and Credit Rating Agency (ICRA), for the big nine states
only, this amount of compensation may double to Rs 70,000 crore, as compared to
only Rs 35,000 crore last year. Apart from this, if the amount is added to
compensation of other states, then the situation looks even more severe for the
central government.

Today,
while corporate business is growing, corporate tax receipts are not increasing.
The reason for this is that tech companies, e-commerce companies and large
foreign software companies avoid paying taxes. It is well known that the retail
business of the country is constantly going into the hands of big foreign
e-commerce giants. Similarly, large corporate aggregators have also come in the
field of travel, taxi services etc.

In
fact, these companies are capturing the market and data by giving discounts on
the strength of their deep pockets. This is making them gain valuation, while
in their profit and loss account, they continue to show huge losses. This means
that promoters are benefiting hugely in terms of valuations of their
businesses, but these companies are avoiding paying tax.

Experts
are constantly suggesting that such companies should be taxed by levying a
minimum alternate tax based on the volume of their business. We have to
understand that the government treasury has been suffering due to this for a
long time. Such concern is being expressed not only in India, but all over the
world.

Efforts
have started in this regard in The Organisation for Economic Co-operation and
Development (OECD) countries and France has taken the lead. India will also
have to think about this. Only then will the shortfall in government revenue
can be compensated.

News
of picking of growth in October to December quarter (as per newspaper reports
based on report of The Economist’s Intelligence Unit) must have given a sigh of
relief to the FM, that now she can project a higher growth in revenue to ride on
the bigger budget targets in the next fiscal.